“We are the red and the black of the earth, the overseas made of worn-out sandals, that pollen and powder in the wind tonight. One of us, in our name, has said: “You cannot be rid of me.Yes, I’ll die, yet after three days I will rise again and return”

Inhuman borders, inspired by E. De Luca’s ‘Solo Andata’ (No Return) is a bodily prayer, a condemnation, a bare and degraded picture of our modern society where nation and homeland crumble under the lack of humanity that the world is suffering.

The honesty of the bodies and their powerful dramatic involvement make Inhuman Borders an intense and touching work that pushes the audience to reflect and to eventually feel guilty for man’s lack of morals and ethics. 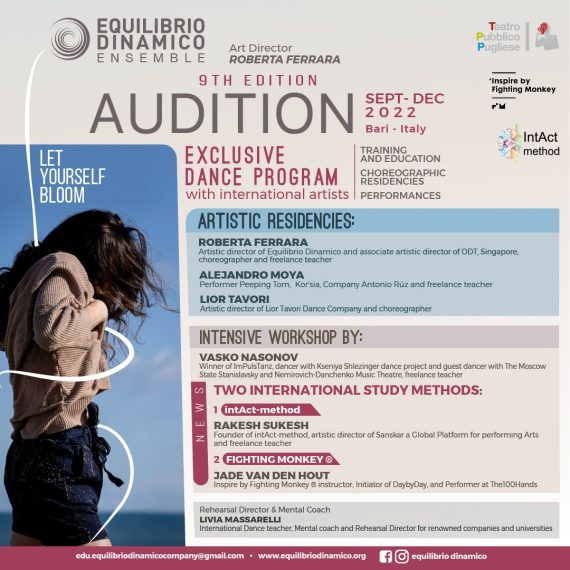